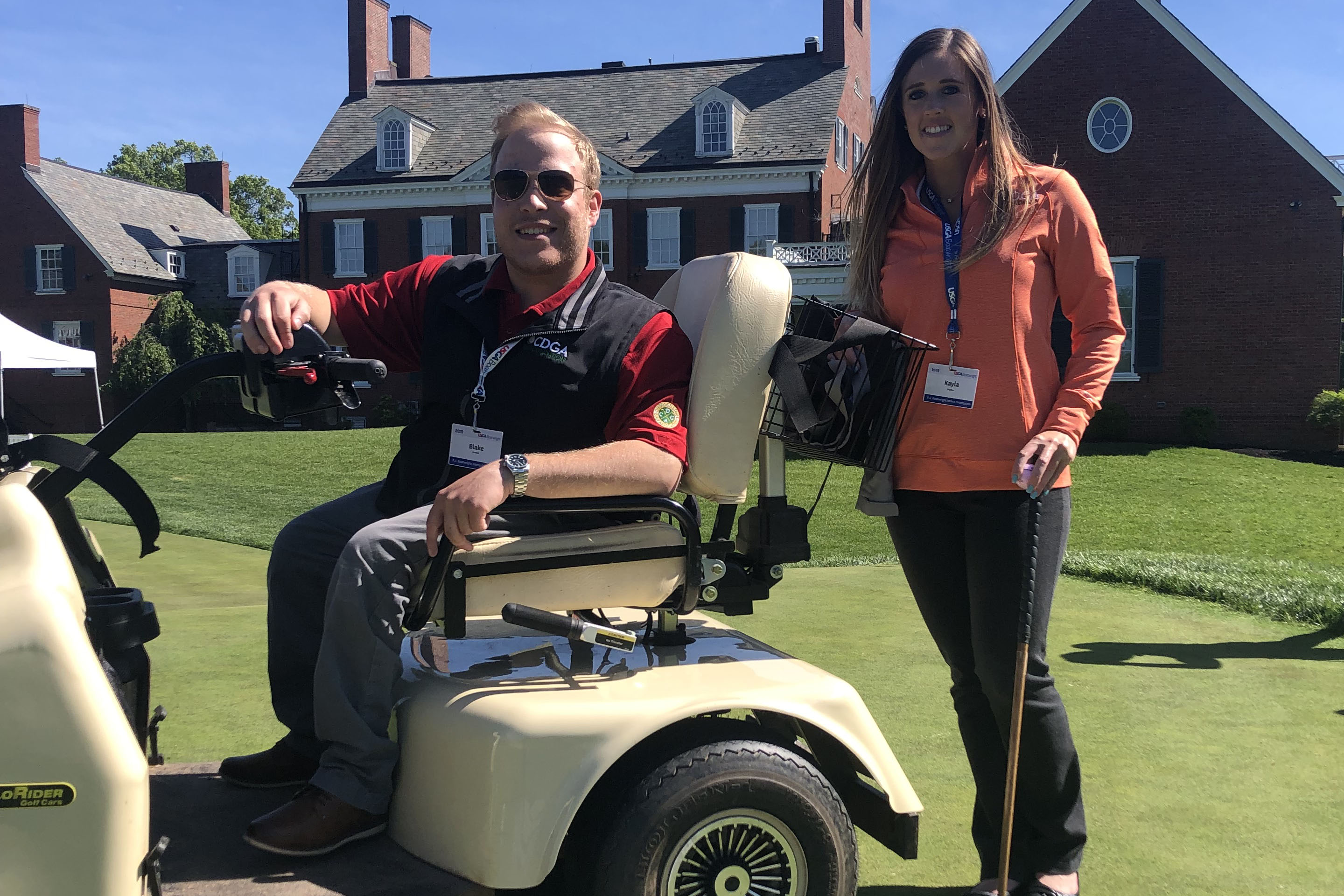 In late May, the CDGA Foundation’s two USGA Boatwright Interns, Blake Harmet (left) and Kayla Dunbar, attended the Boatwright Summit at the USGA headquarters in New Jersey. Below is a recap from Harmet of the experience.

When PJ Boatwright Jr. became the Executive Director for the USGA in 1969, he became an instant success. In addition to being one of the best players to ever hold the position, he was described as having a dignified manner, with a confidence that couldn’t be ignored. Almost 30 years after his passing, I saw that same dignified manner and confidence in every staff member I met while attending the USGA Boatwright Internship Summit at the USGA Headquarters in Liberty Corner, New Jersey.

Even after a cancelled flight (and a layover in Detroit for me), my fellow Boatwright Intern Kayla Dunbar and I were looking forward to what the next two days had to offer. Our eagerness was met with feelings of awe and wonder as we approached the grounds. At dinner, we were greeted by the People and Development team. Our excitement increased when we were shown videos of past interns, and presenters repeatedly referred to the Boatwright Program as the “premier” internship program in the golf industry.

On day one, we covered just about every area of the golf industry. It began with Regional Affairs, which really allowed us to connect with other interns around the country. Following that was tournament management, and handicapping/course rating. This included introducing the USGA tournament management app, featuring live scoring. The day concluded with all 81 interns competing in a putting contest on the Pynes Putting Course, an undulating green inspired by the famed Himalayas at St. Andrews. I can tell you after shooting 6-over that yes, it was as challenging as it sounds.

Day two began with a captivating presentation on coaching and resilience. I liked how they put an emphasis on resilience, because golf is such an easy sport to get frustrated with, to the point where you just want to give up. Given that I am about to start working our camps for adaptive golfers, I felt like I was able to take a lot of the information from this session and apply it to the work I do with the CDGA Foundation. Before the thrilling championship putting round, which was won on a 50-footer by an intern from New Hampshire, we were led through the testing center adjacent to the headquarters. Before this, I had no idea so much science and use of robotics went in to testing different clubs and golf balls.  The facility was very impressive.

This trip was immensely beneficial in my effort to make a career out of golf. I saw work in all areas of the industry, from greens keeping to running major tournaments like the US Open. I also made great professional connections, and great friends as well.

I am forever grateful for the USGA and the CDGA for giving me this opportunity. It was an experience I will never forget.