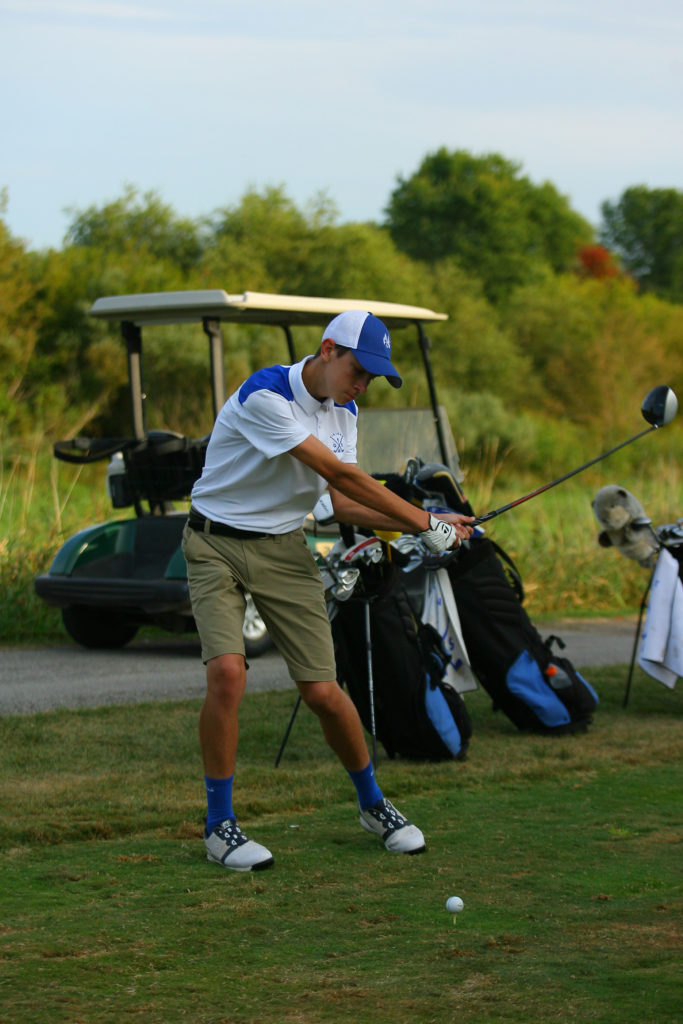 Christie McKittrick suspected her “sports-oriented” son, Cal, now 14, would don the royal blue and white of Geneva High School’s athletic teams upon reaching his freshman year in 2017. She thought basketball, baseball and cross country, all of which he participated in for years, would be natural possibilities.

Instead, she was surprised late in 2016 when her then-eighth-grade son, who was never anything more than an “occasional golfer,” informed her of his athletic intensions.

“He said, ‘I want to try out for the high school golf team,’ ” Christie recalled. “We thought it was a long shot. He’s an athletic kid with good hand-eye coordination, but we thought there was no way. Geneva High School has a strong golf team and we knew tryouts would be difficult.”

Cal, whom his mother characterized as “self-motivated,” immediately began working toward his goal, buying a set of clubs around Christmas, practicing his swing in the basement and eventually setting up a training net in the backyard. Once the weather turned, the final step of his development was to get playing experience. Enter Youth on Course.

Initiated in Illinois by the CDGA Foundation in 2017, Youth on Course allows its age 6-18 members to play rounds of golf at participating courses for $5 or less. Christie heard about the program in an email from Cantigny Golf and immediately signed up both of her sons. Cal utilized his membership to the tune of  15 rounds at the likes of Orchard Valley Golf Course, Cantigny Youth Links, Phillips Park Golf Course and Whisper Creek Golf Club.

“I feel like I had an opportunity to get exposure to playing more golf,” Cal said. “Before Youth on Course, I just didn’t play enough golf to get better.”

“It got him experience on the course that you can’t get in the backyard or downstairs in the basement,” Christie added. “It got him real rounds of golf.”

All those rounds paid off as Cal achieved his goal and made the freshman team last fall. His mom says it wouldn’t have been possible without Youth on Course.

“It gave him the opportunity that he otherwise would not have had to achieve that goal of making the team,” Christie said. “Without it, I wouldn’t have spent that much money on different rounds of golf for him and he wouldn’t have been able to practice.”